China has over the years moved to strengthen its ties to Latin America in a range of areas, and a recently proposed free trade agreement between the Asian powerhouse and Mexico could take that one step further – potentially opening up a vast new trade and capital corridor between the two regions.

We speak with Martin Maciak, Head of Asia Cross Border Origination for the Americas at HSBC Global Banking and Markets about the outlook for the Panda Bond market, and discuss how Latin American borrowers could catalyse the market to take advantage of substantial pent up demand and diversify their investor base.

Q. What is the outlook for the Panda Bond market over the next 6 months? Is the state of the US dollar coupled with a slightly altered US interest rate trajectory influencing supply? What are some of the most influential factors in play here?

A. The issuance outlook for the Panda Bond market over the next 6 months is positive. The 19th National Congress of the Communist Party of China will be held in October and November, and we expect the onshore yield curve to remain stable.

The US interest rate trajectory will have a direct impact on cross-currency swaps. A Fed interest rate hike would push the Forward Points higher, and move the CCS levels in favour of the issuer – which would be supportive of further issuance.

There are a number of other influential factors in play, and those include the People’s Bank of China’s stance on the use of proceeds, and bilateral relations between China and interested parties. 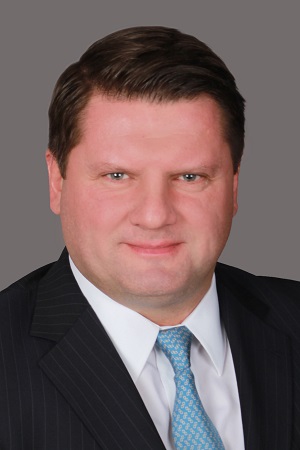 Q.  China’s policymakers seem to be doing an impressive job gradually opening up the onshore market to foreign issuers. But what else needs to be done? Is there scope to remove some of the burdens issuers sometimes note – like requirements around financial disclosure, or the requirement to have at least one local rating agency rate the transaction?

A. To continue opening up the onshore market to foreign issuers, China’s authorities should adopt the more pragmatic and widely used accounting principles, auditor qualifications, and disclosure language. Such flexibility would make China’s onshore market more attractive to international issuers. China has allowed, in principal, the international rating agencies to operate in China since May 2017.

Q. If you’ve never issue in yuan before, can you give us a sense of some of the main benefits of tapping the market? Is it mainly a diversification play, or are the benefits much broader than that?

A. The biggest driver and by far the most significant benefit of issuing in yuan is investor diversification: becoming more embedded with, and gaining more exposure to, both onshore and offshore investors in China. China’s onshore bond market, at USD9tn, is the world’s third largest behind those of the US and Japan, giving borrowers significant access – which will only continue to improve as the government scales up its reform efforts.

The other benefit, which may be more compelling for some than others, is the possibility of building closer links with Chinese authorities, given Chinese government’s willingness to welcome high-quality issuers to the domestic market in a bid to help develop the market further.

Q. We’ve seen a number of Latin American issuers flirt with Panda Bonds in recent months, but we have yet to see any pull the trigger, despite some of the significant benefits associated with being a first mover. What do you think is holding issuers back? What do you think may help catalyse the market?

A. Part of the challenge is that it has never been done before – it takes a first mover to set the trend, but it is clear that whoever moves first is likely to gain significant interest from local Chinese investors given the scarcity of assets sold into the Chinese market. To catalyse the market, Latin America would need a pioneer to make a LatAm Panda bond issuance debut.

Having said that, we know issuers are waiting for this first mover to come out, and some have openly flirted with the prospect. They want to obtain useful information and learn meaningful lessons from the first transaction. From a regulatory perspective, the good news is there isn’t much trailblazing that needs to be done to facilitate such issuance – the necessary framework is already in place.

Q. Relative to other jurisdictions where Latin American issuers frequently issue, how easy is it to access the onshore market? Following on from what you mentioned earlier, are you encouraged by some of the strides being made to link the onshore and offshore markets?

A. It is definitely becoming easier to access China’s onshore market. China’s onshore bond market is the third largest in the world – valued at USD10.3tn (RMB70trn), behind the US and Japan. Authorities in China have a keen interest in opening up China’s bond market to foreign borrowers and investors.

It may take a while for China’s onshore market to be as functional for issuers as the Eurobond market or the US securities market, but there is no doubt that it is on its way to becoming more internationally accessible. In addition, early movers will be rewarded and they will leave a mark in China’s bond market history.

Q. If you had to choose one or two, what were the most interesting Panda Bond deals you’ve worked on and what makes them worth highlighting or interesting? What lessons can other potential issuers draw from those transactions?

A. One of the most interesting Panda Bonds was that issued by the government of British Columbia, Canada, and it’s also worth highlighting the Special Drawing Rights (SDR) Bond issued by World Bank, both of which were issued in 2016.

The World Bank’s SDR bond was World Bank’s first ever bond issued in China. The value of the SDR is currently based on five major currencies: the US dollar, euro, Japanese yen, British pound, and most recently, the Chinese renminbi – which was included in October 2016. This really was a landmark development for China’s bond market, and for the SDR as an international reserve asset. It will also help further internationalise the Chinese yuan as a global reserve currency, making it more appealing for other entities to issue in that currency.