Why Green Sukuk Could be a Growth Driver for Islamic Finance

Created to fund projects with positive environmental benefits, green bonds have become rapidly popular in Europe and Asia while gaining traction in the United States.

Islamic Finance is one of the latest sectors to begin exploring the possibilities of what has been called “socially responsible” investing.

With Islamic finance systemically important in many jurisdictions and now growing in the wider regions of Middle East, Asia and also Africa, recent discussion is focusing around the favourable prospects of green Sukuk being another growth driver for Islamic Finance. According to Reuters, a record $32.2 billion-worth of green bonds were issued in the second quarter of 2017, while issuance from emerging markets has jumped from $2.3 billion to $9.2 billion year-on-year, about half the total from developed markets, versus 16 percent a year ago. South Africa’s Cape Town, Argentina’s La Rioja Province, the Brazilian Development Bank and the National Bank of Abu Dhabi have all tapped the market, while Malaysia’s Tadau Energy sold the world’s first green Sukuk.

Countries such as Malaysia and the UAE are most active on this front out of the top 10 key Islamic finance markets. In Malaysia in 2014, the Security Commission revised its Sukuk guideline by incorporating the new requirements for the issuance of socially responsible investing (SRI) Sukuk. The new Sukuk guidelines set out that the proceeds of SRI Sukuk can be used to preserve the environment and natural resources, conserve the use of energy, promote the use of renewable energy and reduce greenhouse gas emission.

Malaysia is a recent entrant to SRI and (excluding Japan) remains the leader in Asia when it comes to SRI asset under management with an estimated 30% of market share predominantly attributed to Malaysian Islamic funds. Malaysia has the opportunity and ambition to be a leader in this space on the premise that primarily, Malaysia is already a leader in Islamic finance.

There is also a strong push for SRI in the UAE which we have seen through the UAE Green Agenda’s Green Finance and Investment Support Scheme’s endeavour to promote financial growth through investing in green projects, products and services. Among the financial vehicles being considered is green Sukuk.

For Sukuk, It’s Easy Being ‘Green’

So why is Sukuk a good fit for green? For one, to finance sustainable infrastructure through green Sukuk can further broaden this market as well as help bridge the gap between conventional and Islamic financial worlds. Both environmentally sustainable investors and Sukuk investors aim to use their money in manners that comply with certain values and beliefs. Green Sukuk funding and environmentally sustainable infrastructure projects, such as the construction of renewable or clean energy projects, could appeal to both Sukuk investors and conventional environment-focused investors, as Sukuk by design are structured based on a specific pool of assets.

A closer look reveals that there is a need for infrastructure globally that could require up to hundreds of billions of U.S. dollars a year in additional financing; this is a real opportunity for green Sukuk where we find key and potential Islamic finance markets are primarily young and growing populations. However, this opportunity has not yet been tapped in to; 2016 was no different to previous years where we saw limited activity in the Islamic finance regions’ infrastructure bond financing, let alone Islamic finance and Sukuk.

So why is the list of challenges so daunting for the advent of green Sukuk? Perhaps the most important challenge for Sukuk is gaining acceptance by international investors due to lack of standardisation and legal enforceability risk. The industry is already struggling to keep pace with the rapidly changing regulatory environment and achieve at least a local standardisation. In addition, the time spent drafting green Sukuk structures and frameworks that are acceptable to governments, investors and the Sukuk’s Sharia boards, can mean a substantially longer time frame of Islamic finance implementation leading to higher costs (at least until a standardised framework is established).

Market norms and standards for green bonds are still evolving, reflecting the market’s nascent status. It is essentially a self-regulated market although various voluntary guidelines exist, most notably the International Capital Market Association’s Green Bond Principles which were established in 2014 by a group of banks and focus on use of proceeds, process for project evaluation and selections, management of proceeds, and reporting. The Climate Bond Initiative also provides guidance, focusing on specific sectors.

While still very new, Islamic Finance on paper seems to be a logical place where green bonds, or in this case green Sukuk, could proliferate. Sukuk is already confined to a pool of assets by nature which makes it easy to be green. Nevertheless, achieving this goal comes with significant challenges and achieving a sustainable, established green Sukuk market looks to be a long way ahead.

Mr Al Natoor has more than 16 years' experience in the Islamic Finance market. Since joining Fitch in 2007, he has overseen Fitch's Sukuk criteria and Islamic Finance practices, undertaken research and written numerous published articles on Islamic Finance. Mr Al Natoor Joined Fitch as a director in the EMEA Corporates group based in Dubai. He was responsible for analysing EMEA issuers, with focus on Middle East and Turkish issuers in the construction, property and Telecommunication sectors. Prior to joining Fitch, Mr. Al Natoor spent seven years at the Islamic Development Bank (IDB) in key roles including Investment Officer in the Treasury Department, a Senior Credit Analyst in Risk Management and Senior Technical Assistant to the Vice President of Finance & Administration. Before working with IDB, Mr Al Natoor was a senior auditor for four years in Arthur Andersen.

Mr Al Natoor graduated with an MSc in banking and financial studies from the Arab Academy for Finance and Banking Science and a BS in finance and banking from Amman University. Bashar is also a Certified Bank Auditor (CBA), a Certified Risk Professional (CRP), a Chartered Market Analyst (FAD-CMA), and a Certified Risk Analyst (CRA). 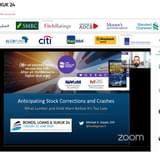 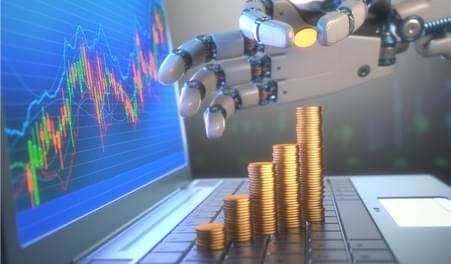 Why Islamic Finance Could Lose Ground in Fintech Footrace

Whether you call it Fintech, Insure-tech or Takaful-tech, Fintech has become a buzzword in the Islamic finance industry. Though not a sudden development, the evolution of Fintech in the industry has evolved rather rapidly. 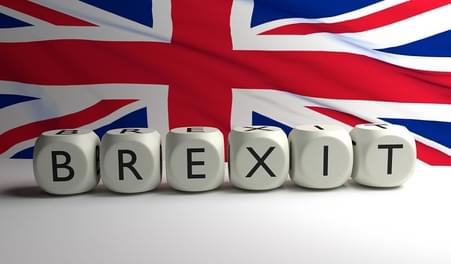 Why Brexit May Widen the Islamic Finance Playing Field