Signal Versus Noise: The Case of Brazil

Brazil offers a good example which illustrates the difference between signal and noise in investing. A complete mess from a journalistic perspective, Brazil has been one of the best investments in global fixed income markets and continues to offer an attractive investment proposition. We examine why countries with so much bad news can be such excellent investments.

There is nothing quite like an Emerging Markets (EM) country in crisis to illustrate the difference between signal and noise. Brazil is a good case in point. Headlines suggest that the country is a complete mess! Brazil is mired in the worst economic downturn in its modern history and almost the entire political class has been exposed as utterly corrupt by Judge Sergio Moro, whose relentless campaign to uproot corruption has already seen one president impeached, another sentenced to 9.5 years in jail for corruption and a third teetering on the precipice of political demise.

Yet, from an investment perspective Brazil has been one of the most attractive opportunities in global fixed income and the country arguably continues to offer a compelling investment case. For example, in 2016, Brazilian local currency government bonds returned 58% in USD terms and year to date they are up 12%. If the year ends as it started, investors can expect to make about 25% in USD terms in Brazilian fixed income in 2017. For simple government bonds with a modest 3 years of duration that is hard to beat.

But how can returns be so stellar when the news is so bad? The answer is that investment returns depend on key signals about the likely evolution of deeper economic and political parameters, whereas news headlines often focus on events, which, though colourful, often have a bearing on the key parameters, which impact investment returns. In other words, a lot of news is quite simply noise, at least from the narrow perspective of the investor.

The reason for this distinction is that the act of investing is about making forward-looking calls on what is about to happen to the key underlying risk parameters, such as growth, inflation, reforms, policy interest rates and the ability and willingness to pay. The investor then compares these parameters with the current level of asset prices in order to assess if they are consistent with each other. Investing is a forward-looking exercise in signal extraction, which is obviously a very different exercise from noise reporting, which is not only imprecise (from a narrow investment perspective) but also mostly backward-looking in nature.

So, what were the Brazilian investment signals in late 2015 ahead of the monster rally of the last eighteen months? First, the central bank policy rate in Brazil was 14.25%, while inflation was showing signs of peaking around 10.7%. This meant that the policy rate was a positive 355bps, which is extremely high. At the same time, GDP was contracting sharply. Hence, it seemed very likely that this combination of high real rates and very weak growth would usher in a period of falling inflation.

Second, the real exchange rate was beginning to get seriously cheap by late 2015 following a 41% decline over the previous four years. The very competitive real exchange rate was already beginning to improve Brazil’s trade balance, which in turn could be expected to begin to stabilise economic growth, though with no serious risk of inflation since the enormous slack in the Brazilian economy meant it would probably take years before wage costs would threaten to push up inflation. In short, Brazil looked very likely to enter what some people call a ‘goldilocks’ scenario, that is, coincident positive growth and declining inflation. In Brazil’s case, of course, the story was even more compelling because in addition to rising growth and falling inflation, investors could also expect reasonable currency appreciation and a central bank poised to cut rates aggressively (a quadruple fixed income tailwind known as ‘super goldilocks’).

Thirdly, the political crisis in Brazil was doing wonders for the willingness to reform. The PSDB and PMDB political parties recognised early that the collapse of the PT party presented an opportunity to implement tough reforms, since voters would, for some time at least, attribute blame for the associated pain on Lula and Dilma’s administrations. PSDB in particular is supportive of reforms, because the idea that the most challenging reforms could be undertaken before the 2018 elections seems very appealing. A team of highly credible technocrats led by Ilan Goldfajn at the central bank and Henrique Meirelles at the Finance Ministry was therefore put in place to assist the Temer Administration in designing and executing deep reforms. Anchored in an amendment to Brazil’s constitution, which freezes public spending in real terms for the next 20 years, the draconian commitment to fiscal probity immediately broke inflation expectations and enabled the central bank to start cutting rates as inflation tumbled.

Looking forward, the economic case for Brazilian fixed income remains solid. Inflation is still falling rapidly. Only last week the inflation rate declined to just 3.0% yoy for the month of June from 3.6% yoy in May and 8.84% a year ago. However, the central bank’s policy rate is still very high in both nominal (10.25%) and real terms (7.25%) – see Figure 1. Finally, positioning remains light as foreigners hold only 13.4% of Brazilian bonds compared to more than 20% in 2014. What about the political outlook? Actually, the political front continues to deliver positive news despite the vulnerability of the Temer Administration. Importantly, the political logic underpinning reforms still holds sway. This was illustrated clearly last week, when the Senate approved important changes to Brazil’s labour code aimed at making the labour market far more flexible. The reform will make Brazil more productive, allow the economy to return to full employment quicker and place the country on a faster non-inflationary trend growth rate once the recovery is complete. In another positive piece of political news Judge Moro last week gave former president Lula a 9.5 year prison sentence for corruption, which deals a serious blow to Lula’s hopes of returning to frontline politics in the 2018, thus reducing an important potential downside risk to the medium political outlook. Lula has the right to appeal, but nevertheless this is a clear setback for his political ambitions.

In the next 18 months, the economy is likely to contribute most of the positive news, while the main source of volatility will still come from politics. Temer may yet be forced from office, but with Lula’s return now less likely the downside risks associated with Temer’s removal from office are much reduced. The reform of the pension system, still outstanding, is not overly time sensitive and can be postponed to early in the first term of a future PSDB Administration, that is, early 2019. There is still a chance that the pension reform is passed before next year’s election if Temer is replaced by a technocrat appointed by parliament. Hence, Temer leaving is not necessarily bad news.

The lesson from Brazil, when it comes to investing, is that crises can be tremendous investment opportunities. This is because the price action during crises tends to be extreme as many investors confuse noise and signal. The headlines are almost always bad, but it is often precisely during such times that the underlying economic and political dynamics begin change in a favourable direction. This insight generalises across EM. The vast majority of EM country-specific crises have turned out to be buying opportunities. Even so, it should never be assumed that crises give way to recoveries. Investment managers must make judgements in each specific case as to whether the crisis in question will end well or not. Serious and well-informed journalistic insight into local political and economic dynamics can clearly be extremely valuable in this context, but frantic overly headline-driven journalistic over-reactions aimed at exploiting investor fears can be directly counter-productive to making sound investment decisions. Investors who focus too much on the noise risk missing important investment signals. The signals can only be extracted from the noise through forward-looking and rational analysis of the deeper economic and political dynamics.

Dr Jan Dehn, Global Head of Research and member of the Investment Committee, joined Ashmore in 2005. As a global strategist and economist, with vast experience in international macroeconomic issues, Jan is responsible for making key calls on markets and economies at a global level. His expertise spans developed and Emerging Markets with particular emphasis on the international linkages between economics, finance and politics. At Ashmore, Jan has traded developed and Emerging Markets, including sovereign external debt, local currency bonds, FX, corporate bonds, and Frontier Markets.

Earlier in his career, Jan was a strategist at Credit Suisse First Boston in New York and London. He has also worked as a consultant at the World Bank in Washington DC undertaking research on public finance and commodity issues, and has been an economic adviser to a number of Emerging Markets governments. 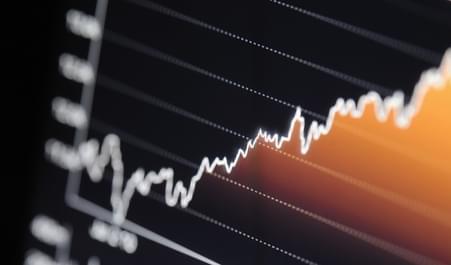 Ashmore Group: When Market Valuations Become Too High to Fall

It cannot have escaped investors’ attention that stock markets are surging and spreads are tightening. Yet, the world has not looked as bad as this in political and economic terms for a very long time. Asset prices seem divorced from fundamental realities. How and why does this happen and what does it mean for investment? This short note aims to provide a brief perspective on these questions. 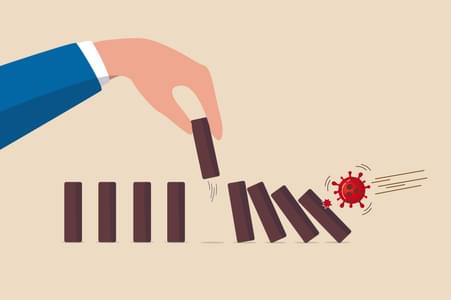 The tendency for global capital to flee ‘risky’ Emerging Markets (EM) countries indiscriminately in favour of ‘risk free’ developed markets during outbreaks of global risk aversion is one of the great international market failures of our time. This behaviour has been ubiquitous in past crises and the 2020 Coronavirus Crisis is no exception. EM countries have experienced indiscriminate outflows,… 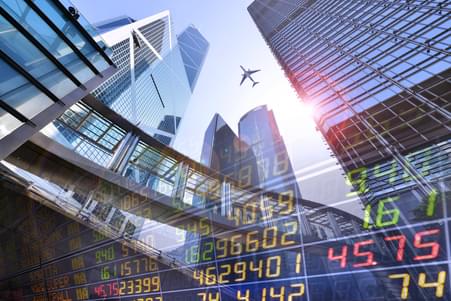 Chinese bonds tend to perform better than other EM local currency bonds during bouts of risk aversion, making them – perhaps in spite of, not despite, fears over the spread of coronavirus – a de facto safe haven, argues Ashmore's EM bond guru Jan Dehn. The Missing Point in The Global Growth Debate

Global growth is decelerating. Policy-makers in developed economies are gearing up for yet more fiscal spending. While fiscal spending may support growth for a short time, and for longer if very carefully applied, it will not change the growth outlook fundamentally. This is because the main reason for slower growth lies elsewhere, namely in gross misallocation of capital on a global scale,…