Invest in Turkey: One Belt One Road Already Helping Attract Capital from Asia

Despite being caught in the turbulence that rocked emerging markets in 2018, Turkey remains an attractive destination for foreign investors, boasting strong fundamentals and a growing pipeline of projects in need of capital. Bonds & Loans spoke with Ahmet Burak Dağlıoğlu, Vice President of Invest in Turkey, about the growing role of Asian investment in the country, funding diversification and Turkey’s project pipeline.

Bonds & Loans: Turkey is looking to embrace the opportunities offered by One Belt One Road. What Chinese projects are we likely to see come online in Turkey over the coming months?

Ahmet Burak Dağlıoğlu: In fact, we have already seen investment projects being realized in key areas, such as transportation, logistics, energy, and financial services. As the Belt and Road Initiative moves forward, we may see more investments coming from Asia. Nevertheless, long-term investments often take time to be realised, therefore, we tend to focus on the mid- and long-term perspective.

​Turkey continues to improve its local transport network with state-of-the art toll roads, bridges, railways, and multi-modal logistics centres across the country. Since 2013, the Turkish rail sector has been undergoing liberalisation as part of the government’s ambitious plans to upgrade rail infrastructure. Launching cost-efficient logistics hubs to handle surging international trade volumes has also been a key priority. Both of these areas remain relatively untapped and offer first mover advantages for international investors, including Chinese investors.

Bonds & Loans: Are we likely to see Asian investors follow Chinese banks into Turkey? What can be done to help catalyse Asian investment into the country?

Ahmet Burak Dağlıoğlu: Banks and non-financial corporations are complementary to each other in many ways. Our experience has shown us that banks play an essential role in attracting cross-border investments, especially from their home countries to the host countries where they operate. We attach the utmost importance to working with banks in many countries, in order to reach out to their extensive network of clientele. On the other hand, we have also seen that banks sometimes follow their clients to finance their projects abroad. In this regard, we expect Asian or Chinese banks to play an important role in bringing more investors from Asia to Turkey. ​Aside from commercial banks, the multilaterals, development banks, and export credit organisations from Asia are increasing their exposure to Turkey. In a recent report launched by the Asian Infrastructure Investment Bank (AIIB), Turkey was highlighted as a priority jurisdiction with a rapidly growing pipeline of projects.

Bonds & Loans: What can Turkish corporates do to make themselves more investible in the eyes of Chinese investors?

Ahmet Burak Dağlıoğlu: I believe that Turkish corporates are already attractive — what is missing, however, is an awareness about the investment opportunities that Turkish companies offer. As the Investment Office, together with all relevant stakeholders, we are relentlessly working to raise awareness among Chinese investors about potential business and partnership opportunities with their Turkish counterparts. ​In addition to their strong footprint in the local market, Turkish corporates have an extensive track record in Europe as well as in the MENA region. Chinese investors with fresh capital, know-how, and competitive advantages can also leverage such synergies in third markets and create substantial value.

Bonds & Loans: Europe is currently a big investor in Turkey - how is that changing? Have they seen appetite shift in any direction over the past few years?

Ahmet Burak Dağlıoğlu: Turkey is attracting investment from all around the world. As Europe is the largest source of foreign direct investment (FDI) in the world, it is, naturally, the largest investor in Turkey as well. ​Turkey has been in a Customs Union with the EU since 1996, which has built strong economic ties, including capital investments across manufacturing value chains. However, we are also working to attract more investment from the rest of the world, in order to diversify our sources of funding and increase overall FDI inflows to Turkey. That is not to say that we are looking for alternative sources to Europe — this remains our main target to attract investment. As a result of our diversification and promotion efforts, the geographic composition of FDI inflows to Turkey has changed significantly. For example, from 2003-2010, the share of FDI from Europe was over 70%. However, from 2011 to date this has decreased to around 60%. Another reason behind this change could be attributed to emerging sources of FDI worldwide, especially from developing economies, led by China, which have recently emerged as new sources of FDI in the world.

Bonds & Loans: Which other regions are showing increasing interest in Turkey? What do you think is driving this interest?

Ahmet Burak Dağlıoğlu: Asian economies are showing a strong interest in investing in Turkey. Similarly, we are seeing increasing interest from Gulf countries. There are several reasons for this. First, are the investment opportunities that Turkey is offering for these countries. Such opportunities include, but are not limited to, Turkey’s robust domestic market and strategic location. Asian companies are keen on investing in Turkey to access regional markets around Turkey, particularly markets in Europe, the Middle East and Africa. On the other hand, Gulf countries are intent on diversifying their investments abroad, while also ensuring their domestic market’s long-term needs in a variety of sectors. Another driving force is, of course, the increasing economic power of emerging economies that have also been increasingly investing abroad. For instance, two decades ago 16% of global FDI was coming from developing economies, but last year this figure grew to 45%. #BondsLoans24 - How are Turkish companies managing finances and balance sheets in preparation for a change in the new world order? 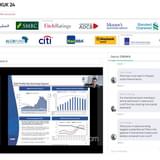 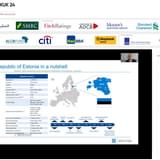 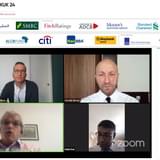 #BondsLoans24 - How is Turkey’s political economy responding to the COVID volatility?