As key reforms progress through the various arteries of Brazil’s governments, most investors and lenders remain resolutely optimistic about the market’s prospects – few more than HSBC, which recently announced its intention to significantly expand its presence in the country and re-establish itself as one of its top international banks.

Bonds & Loans speaks with Alexandre Guião, CEO of HSBC Brasil S.A. about re-establishing the brand in Brazil, new funding opportunities brought about through privatisations, and innovation in the infrastructure financing segment.

Bonds & Loans: After several years of facing near unprecedented political and economic challenges, Brazil seems to be in the midst of a turnaround. What is HSBC’s outlook on the Brazilian economy through the remainder of 2019?

Alexandre Guião: Brazilians are optimistic about the new government taking over. Our view is that the economy will continue to recover in the coming years. We anticipate GDP growth for 2019 of around 2.6%, while inflation will remain relatively subdued at roughly 4.2%, and we also believe interest rates, which are at historical lows for Brazil, will remain in the 6.5-7.5% range.

It is a very exciting market for us and we intend to expand our franchise in Brazil. This year, we aim to double the number of HSBC employees in Brazil, and rebuild our domestic franchise; in previous years, our clients had largely been serviced through our existing cross-border network, but now we can begin to rebuild – with a strong focus on the wholesale segment, where we plan to expand our client coverage. We cover roughly 150 clients on the corporate side currently, but expect to grow that to 630 clients over the next five years, with the bulk of that expansion taking place over the next two years.

That said, we firmly believe in Brazil’s recovery story, and our intention is to become a leading international bank in the country once again.

Bonds & Loans: Observers and analysts seem cautiously optimistic about the new President’s capacity to push through key reforms – including social security reform, tax reform, and privatisation. Do you think we are likely to see progress on some of these long-standing policy priorities? How do you think positive movement in these areas will influence business sentiment amongst borrowers, lenders and investors? 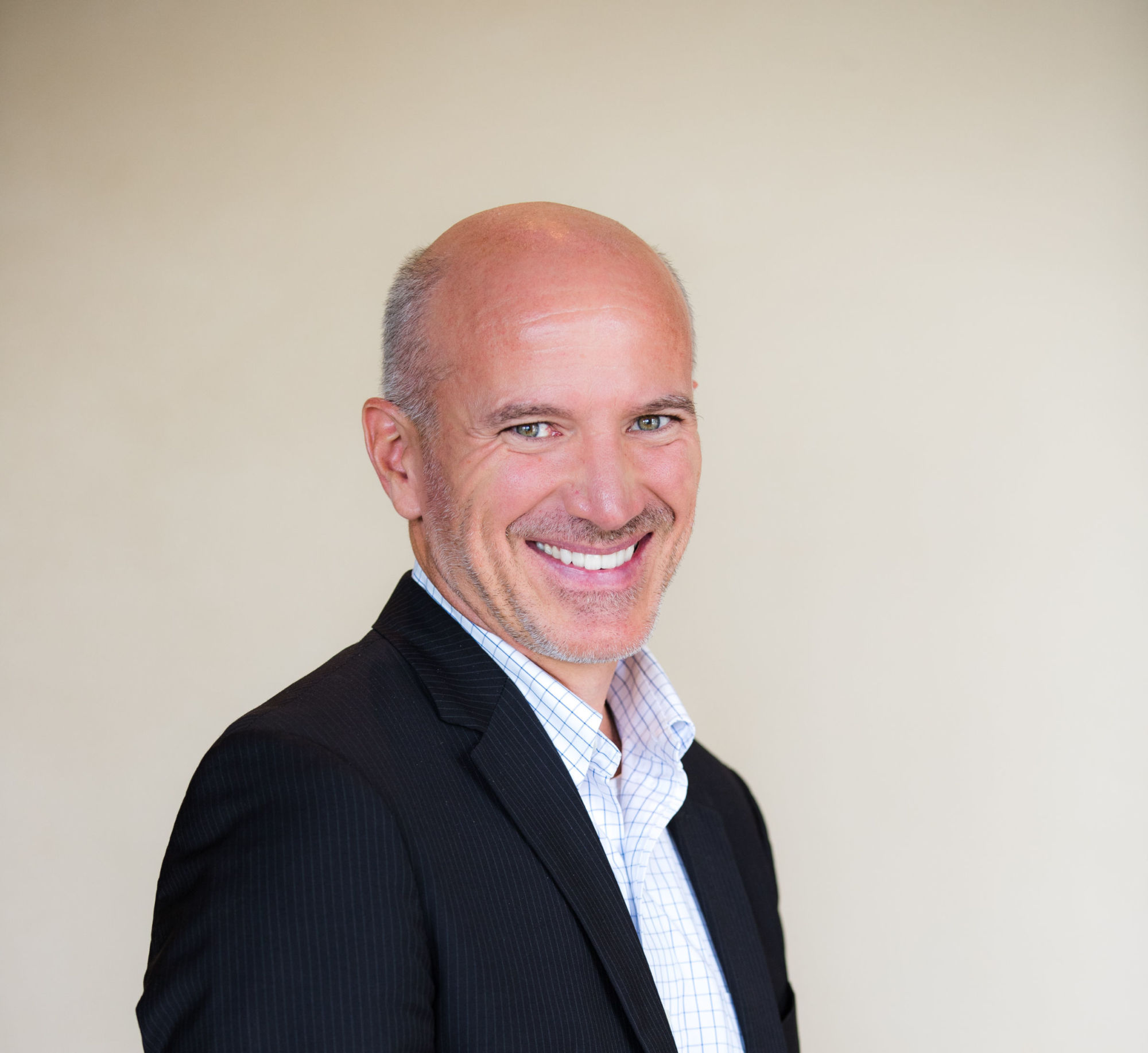 Alexandre Guião: The new administration is moving swiftly in the right direction. Bolsonaro has wisely chosen to install very capable economic and market specialists to senior administrative positions across the board. Paulo Guedes, a renowned economist and co-founder of BTG Pactual has taken the reins as Minister of Economy; Roberto Campos Neto, another well-known economist and former treasurer at Banco Santander, has been appointed as Governor of the Central Bank; Pedro Guimaraes, a privatisation specialist and former investment banker has been appointed to lead Caixa Economica; BNDES, one of the country’s most important financial institutions, is being led by Joaquim Levy, a very well-respected former Minister of Finance.

The government is very committed to ensuring the social security reforms are passed. It is of course a complex and controversial policy portfolio, and it’s very difficult to get each constituency of the leadership and the country aligned, but I believe that Bolsonaro will be able to achieve this. Bolsonaro has already proposed a plan that would see the country save up to BRL1.1tn over the next ten years, which will need to work its way through the houses of congress. When compared to the previous government’s proposal, which would have seen the government save up to BRL500bn over the same period, we see strong conviction to reform and improving the health of the public purse, and specifically the fiscal deficit. We expect final approval by the senate in third/ fourth quarter of this year.

While we will closely monitor developments, and anticipate brief periods of volatility in the meantime, I believe this will certainly contribute to improving sentiment among economic actors, as it would be crucial for securing the country’s financial sustainability.

Sentiment has indeed bounced back, and the markets have been quite active in recent weeks. Both Petrobras and Banco do Brasil tapped the debt markets in March, with both transactions seeing extremely strong demand, underlining the belief among investors that the country is moving in the right direction. As the social security reform package – and specifically the pension reform – makes its way through the various branches of government, we expect this trend to continue. Execution of the reforms is key.

Bonds & Loans: Last year saw a number of large-scale mergers in Brazil, most notably the Suzano-Fibria tie-up. To what extent do you see these setting the ground for further consolidation in Brazil’s markets?

Alexandre Guião: Yes, it does to some extent – but we actually see privatisations as one of the bigger drivers of M&A in Brazil. The government is looking to reduce the size of the government through a series of asset sales, which will be a key driver of deal flow. For some of the larger transactions, we are currently waiting for additional regulatory clarity, but we see the success of these transactions inextricably linked to progress on a broader set of reforms packages, particularly if you consider international capital holders and investors.

That said, we have seen the local equity capital markets picking up. There are a number of transactions in the pipeline that are waiting to price, and analysts anticipate somewhere between 20 and 25 transactions equity offerings to take place throughout 2019.

In that context, it’s important to also consider Latin America as a whole, and how sentiment and economic performance among Brazil’s regional neighbours will impact the country’s prospects. We have elections on the horizon in Argentina, an economy that faces severe challenges and volatility, as well as a new government in Mexico that needs to prove itself.

Bonds & Loans: There appear to be big question marks over infrastructure funding capacity in Brazil, as the state-owned development bank pulls back from lending and as funding is overwhelmingly denominated in reals. To what extent do you think a funding gap could emerge, and what role can international lenders and investors play in filling that gap?

Alexandre Guião: It’s true – there is a big opportunity in the infrastructure space, with the most recent airport concession auctions, which included 30-year concessions on 12 airports and saw more than ten concessions bidding, likely to set the pace for a wider range of infrastructure-linked deal flow.

On the funding side, while we see BNDES continuing to provide a few opportunities through guarantees and other structures to help bolster access to funding, we do agree that there is likely to be a funding gap, and the government is already investigating how to put in place various alternative funding mechanisms to help fill that gap in different sectors. The local debt capital markets have been very active, and have seen longer-tenors in recent years, so we suspect the government will pursue some measures that will enable a broader range of organisations to tap into longer-term credit funding through capital market instruments. We’ve already seen the introduction of the infrastructure debentures, which are income-tax deductible for domestic individual investors, and we expect new instruments will be introduced in order to foster that market for institutional and international investors as well.

We also see more international investors raising private equity funds to increase their participation within the market. True, the majority of funding in the infrastructure space is executed in local currency, and something has to be done to foster broader participation in the segment, but investors looking to participate over the long-term in Brazil should not fear any currency mismatch in the same way some traditional asset managers might.

It will take a few years for this trend to develop, but it appears as though the government is committed to increasing the number of auctions over the next four years, and making it easier for international investors to participate, which suggests significant opportunities remain on the horizon.

We also believe that project bonds could be one way in which the industry and the government could help foster broader investor participation in developing infrastructure in Brazil. HSBC has led a number of pioneering project bond transactions off the back of bridge financing through project financing or mini-perm structured loans, but we also see project bonds playing a key role in cementing the permanent funding structure for projects. These formats are top of mind for investors and financial institutions looking to help plug any potential infrastructure funding gap in Brazil.

Bonds & Loans: What do you see as the dominant risks or challenges facing Brazil’s markets in the medium-term? What are you hearing from your clients?

Alexandre Guião: With commodity prices once again stabilising, the government keen to pass reforms, and sentiment shifting to positive, Brazil has significant opportunities ahead. But those opportunities are not risk-free.

In the near-term, pension reform is the greatest short-term challenge facing the country. If the government is not able to pass these reforms, I suspect sentiment will reverse very quickly. But in the medium-term, in my view, the biggest challenge is external, not internal.

Brazil is embedded in the global community, and if you consider growth prospects in Europe and the US, China’s transformation and economic slowdown, and trade conflict between the US and China, there are lingering risks – even if domestic reforms are passed expeditiously – that could weigh on Brazil’s prospects.