Green Bonds: The Next Wave in the Middle East

The rapid growth of green finance has sparked interest from many audiences. The use of bonds to finance green projects have become an exciting market development, with demand from investors consistently outstripping supply. Across the globe, borrowers and investors are keen to engage in sustainable financing opportunities and we have seen increasing activities in Asia, paving the way for the markets in the Middle East to take off.

Green bonds are bonds whose proceeds are directed to projects supporting environmental and climate benefits. These include a broad range of projects, from renewables, energy efficiency, sustainable water, waste management to clean transportation.

To date, most green bonds have been issued in a senior unsecured format, referencing the general credit of the issuer, rather than specific project cash flows. Hence green bonds achieve the same financing rate as conventional or sukuk senior bonds.

Green bonds are a relatively new asset class, having started only in 2007. However, since 2014, the market for such bonds has seen explosive growth, with issuance volumes surging globally. Year to date, USD47 billion worth of bonds have been issued, well exceeding the USD42 billion in green bond issuances for the entire 2015.

Historically, Western issuers have dominated the green bonds market and continue to play a major role today - they account for 38% of total volumes year to date. Of late, there has been a notable shift of activity to Asia, with China and India making significant strides off the back of regulatory developments. China in particular has made a concerted push in green initiatives, and is the only country to have issued very prescriptive green bond guidelines. In a similar vein, India identified eight institutions to play a proactive role in green financing in order to help meet the government’s ambitious targets in the renewable energy space.

Asia now leads the West by a wide margin in green issuance and the broader market is poised to continue growing this year on the back of this expansion.  As the market has swiftly developed, so have other more innovative forms of green bonds, such as securitised and project bonds. For example in August, NTPC, India’s largest power generation company, became the first ever issuer of a green Masala bond, tapping into the growing offshore rupee funding route for Indian corporates. Standard Chartered was joint lead manager and bookrunner on the NTPC transaction.

Green bonds appeal to both issuers and investors for a variety of reasons. For the issuer, such bonds provide broad benefits, especially when the deals are pioneered from their local market or region. Green bonds also fulfill the issuer’s corporate social responsibility objectives and enable investor diversification via green or Sustainable, Responsible and Impact Investing (SRI) funds, increasing the potential for pricing benefits where there is a strong SRI investor demand. Proceeds from the issuances can also reference existing eligible assets and do not necessarily require investments into new projects.

For the investor, particularly those with a green investment mandate, green bonds are an opportunity for green investments at near commercial pricing. In a world where nearly USD13 trillion worth of bonds are negative yielding, green bonds represent quite a good deal; over 80% of green bonds are rated at investment grade and satisfy the medium to long-term preferences of institutional investors, as well as covering a broad range of sectors. Additionally, the market has moved to a much higher transparency standard on the use of proceeds with more issuers choosing to employ independent valuers to assess the ‘greenness’ of their framework and the bond itself. For example, MSCI/Barclays and others have also launched green bond indices, which score issuers and check their project selection criteria and management of proceeds so as to ensure the promised use and ongoing reporting.

The Middle East tripled its renewable investment last year, with market observers characterising the region as a ‘hot spot’ for green investment. Specifically, the UAE government is already committed to environmental sustainability, with its ongoing environmental initiatives and the upcoming “Environment Post 2019” programme.

These projects will no doubt require funding, and funding via a green route at that, and green bonds are an ideal solution. As capital markets develop and investors seek green alternatives, it is only a matter of time before the green bond market takes off in the Middle East. 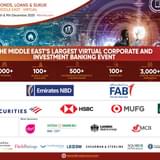 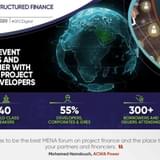 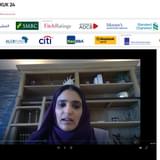 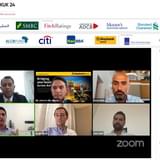