It is the latest in a series of bond deals out of the Andean region, as investors seem unfaced by the social protests engulfing one of Latin America’s most successful economies.

Engie Energia Chile followed in the footsteps of Codelco, Empresas CMPC and Automatores Gildemeister in tapping the international markets. The Chilean subsidiary of Engie issued a USD400mn bond due in 2030, which was rated BBB by Fitch Ratings. The company has also launched a tender offer for its outstanding 5.625% notes due in 2021.

In a note to investors the agency stressed Engie's solid business position in the electricity market in Chile and strong portfolio of diversified generation assets being supportive of the triple-B rating.

“The Positive Outlook reflects Fitch's view that Engie has strengthened its credit profile within its IDR level of 'BBB', based on the company's improved capital structure, strong operating performance and strong EBITDA generation in the medium term, along with the successful conclusion of its USD2.2bn expansion plan. Fitch believes that Engie will have the capacity to finance its energy transition program shifting toward more renewables energy and estimates a capex of approximately USD290mn between 2019 and 2021 for this plan, combined with positive annual FCF that will average USD70mn during the same period.”

According to Roger Horn, Executive Director, Senior EM Strategist, Latam Fixed Income Sales and Trading at SMBC Nikko Securities America, the strong issuance flow affirms the positive market sentiment around Chile in spite of the social unrest over the past few months.

“It’s a solid economy and the corporates are in good shape,” Horn noted. “Investors view these issues as individual credits, rather than being concerned with country risk in the background. The market is open for new issuance and bankers are bringing deals that either have been on the shelf for a while, or could offer anything that looks like decent yields.”

The Chile sovereign is thought to be the next issuer to return to the market, with a follow-up to their 2019 green bond rumoured to be next in the pipeline. 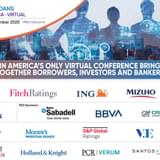 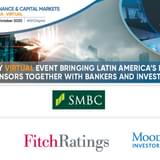