After depleting funds, Russia to focus on local and Asian borrowing

Russia’s reserve fund will be depleted early next year, and although there are plans to tap the welfare fund, it is unlikely to be a suitable alternative. Foreign financing will still play a role in the government’s future funding plans, but with much more focus on Asia and particularly China, and the government also plans substantial local issuances which will likely be very well received due to strong domestic liquidity.

The Russian Ministry of Finance’s debt department has said it could increase its domestic borrowing target by RUB200bn (US$3.2bn) this year, according to Bloomberg.

Russia’s local markets are increasingly active, and the government expects RUB1tn worth of issuance in the domestic market next year – double the amount of issuance this year.

Due to relatively high domestic liquidity levels, any increase in local borrowing is unlikely to have a significant impact on the country’s local markets.

“Local liquidity is increasing as the government slowly draws from the reserve fund,” noted a Europe-focussed chief economist.

The government’s reserve fund is expected to run dry early next year, and although the government has not formally decided where to look for capital after that, it does have a number of options.

According to the chief economist however, Russian officials believe they can draw out around US$20bn from this fund. Furthermore, there is still scope to increase borrowing.

“The government does not want to use up the welfare fund, and they will likely increase their borrowing to compensate, both in the domestic and international markets,” the economist noted, adding that local banks remain keen to invest in domestic paper as their levels of dollarisation have decreased due to a lack of access to the international markets.

Russian banks remain keen for more liquidity. “Such entities no longer need assistance from the Central Bank, and are looking for opportunities to park money in government securities.”

Another reason behind the government’s plans to increase domestic borrowing is the fact that it is likely to face a deficit of around US$20bn next year (it stands at US$21bn for 2016).

“They will not be able to fund this through external financing alone, and will likely use a mixture of different funding methods from tapping what remains of the reserve fund to issuing locally.”

Although local financing is likely to be a prominent feature of the Russian government’s funding requirements going forward, it will not completely turn its back on the international arena.

The economist stated that the government remains bullish about foreign funding. However, it has had difficulties in issuing Eurobonds this year, namely in clearing the bonds through Western agencies such as Euroclear.

With relations between Russia and the West unlikely to thaw in the near future, the government is increasingly looking towards the East – namely China – and plans to be much more active in the Asian markets next year.

The head of the Finance Ministry’s debt department recently noted that the government could sell the equivalent of US$1bn in yuan-denominated bonds either at the end of 2016 or early next year.

The government may well have some success in Asia. Although they are unlikely to be able to crack the Japanese markets next year, according to the economist, because of the current economic environment, a number of Japanese banks are becoming increasingly interested in Russian risk.

In addition, the Chinese market is huge and this is supplemented by numerous other Southeast Asian economies. However, there is a catch to these markets for Russia.

“Reaching out to Asia will not be cheap for the country, and they will have to pay more than in other markets – but they will likely keep pushing in this direction,” the economist said.

In addition to paying a premium in the Asian markets, Russia may not be able to gain access to the region’s largest investor base.

The main obstacle to Russia issuing a yuan bond is the fact that the Chinese regulator has not yet allowed Chinese investors to buy Russian paper.

Russia does rely on the Chinese market and the government does believe they will have access to it, said the economist.

“If they do not have access to it they will face problems. Next year the government need to raise quite a lot of money and the Asian markets are the place to do that,” he added, noting that although a number of different markets exist across Southeast Asia, none are as large or as liquid as China’s. 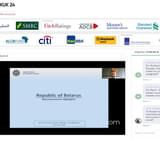 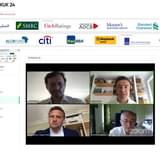 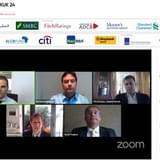 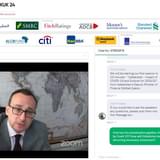